The title of this video isn’t hyperbole, as a child of a baby boomer I struggle with whether or not my mom’s feminism (and my own) almost ruined my life.

This is my journey as a reformed feminist. I’ve never been denied a promotion because of my gender, I’ve been unhappy working long hours doing things I didn’t want to do, I’ve put off having children until now I worry that it’s too late, and I’ve lost some important professional connections because of my vocal evolution from feminism to egalitarianism.

But over the last 50-60 years we’ve seen feminism morph into modern misandry that’s scary, exclusionary and divisive. And what’s worse: we’re now seeing it start to have violent consequences as men across the world, many of them without a father figure in the home, are committing unspeakable acts of violence. 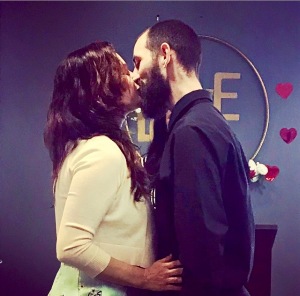 A week ago today, I married the love of my life, and my mom was there to support me. But deep down, I know she doesn’t. Because despite hers, and my own, best efforts to keep me a childless, miserable workaholic I’m in the best place of my life right now and it’s not at all what she planned for me or what I thought I wanted for myself. I’m the happiest I’ve ever been: mentally, physically and spiritually healthy and it’s all centered around my role as a homemaker and yoga teacher while trying to start a family. And I honestly think that the way I live my life disappoints her.

So my feelings about feminism are complex and conflicted, because I see women around the world who need my voice as a free, American citizen. But I also see how this false narrative of inequality can destroy the lives of women my age in the U.S. and other western civilizations who struggle with identitarianism and the championing of victimhood.

I’m not saying that one way is better than the other, but women who choose more traditional roles shouldn’t be looked down on for that. Choosing to stay home and manage your household, raise children, support your spouse, those are tough choices to make and they’re incredibly rewarding. Anyone who devotes their lives to their families should be celebrated, not denigrated.

If you like this video please give it a thumbs up and a share, I rely on your support to help me beat YT’s algorithms. Huge thanks to Robert for sponsoring this video and to Boyd & Jesse for their recent donations and to everyone who’s donated to my Personal Yoga Outreach Campaign, only a few more days to grab one of my shirts, thanks all!

This is the face of someone who hasn’t had an uninterrupted night’s sleep in over a year and a half, counting pregnancy— but I’m loving every minute! (The stretched-to-death neck is key.) 😂 #firsttimemom
I was today years old when I learned German Chocolate Cake isn’t from Germany, but is in fact another shining example of American exceptionalism.
Bee vs. Caterpillar (I was able to shoo away the bee without getting any of us stung then got Mr. Caterpillar off the trail & into some leaves. Hoping he’s okay, can’t have the main character in my son’s favorite book getting accosted by ruffians.)
Damn. 💔💔💔