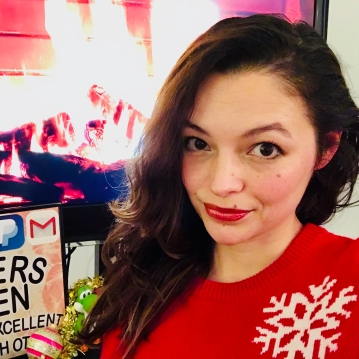 If you celebrate, I hope you and yours have a beautiful holiday.

As many already know Carl Benjamin, aka Sargon of Akkad, was recently deplatformed by Patreon over comments he made ten months ago during a livestream on someone else’s channel. Do I agree with the language he used? Nope. Does he deserve to have his income taken away for it? Not at all.

Initially I held off on saying anything because I thought Patreon would come to their senses any day now, it’s so completely and obviously hypocritical they couldn’t possibly stand by this, right? You can go on their site right now and find accounts promoting racism and defending violence. Why are these accounts allowed to crowdfund on the platform but political commentators and journalists are targeted for removal?

Not only has Patreon refused to reverse their decision they’ve doubled-down, defending their actions in a recent blog post penned by Jacqueline Hart, head of “Trust & Safety” which made some concerning statements, emphasis mine:

“Some people worry that we are reviewing content not posted on Patreon. As a funding platform, we don’t host much content, but we help fund creations across the internet. As a result, we review creations posted on other platforms that are funded through Patreon. Sargon is well known for his collaborations with other creators and so we apply our community guidelines to those collaborations.”

I continued to hold off on speaking about this beyond sending a flurry of angry tweets, hoping the massive outcry from users would be enough to finally get them to see reason. Then I came across a troubling exchange between popular YouTuber NuanceBro and Patreon, which he shared on Twitter:

Oh no they didnt… they just emailed me this… they are citing @not_sargon "incident" at Vidcon?!? Are you fucking kidding me? A bullshit article from mic? This is getting absolutely ridiculous. Also I dom't even know what they're asking me to look for in the youtube video… pic.twitter.com/Og9oJOaK8m

What this exchange suggests is that Patreon believes they can monitor not only what you do on their platform, what you do on online (whether it’s directly related to your Patreon income or not), but now most importantly: what you choose to do offline.

They reference Carl’s attendance at a VidCon panel, one in which he was sitting quietly in the audience minding his own business when he was called out by a panel participant. What’s more, Patreon already cleared Sargon of any wrongdoing back when this incident occurred. But Hart, who is new to Patreon and used to work for PayPal, decided to go back and use this as ammunition against him now.

Let’s be very clear about what’s going on here…

They think they can control what you do, where you go, and which events you can attend. That’s not okay with me. This is more than just freedom of speech, this is a disgusting reach into authoritarianism that needs to be called out, loudly.

[UPDATE] Since saving this as a draft last night another popular YouTuber, Matt Christiansen recently spoke to Jacqueline Hart and nothing was said that eases my mind. Some key takeaways from their conversation, taken from Matt’s video posted today:

“After this phone call, I want to delete my Patreon account outright on principal. I want to abandon the place that helped me build the platform from which I speak to you now. And I will, eventually, it’s just a question of how.” 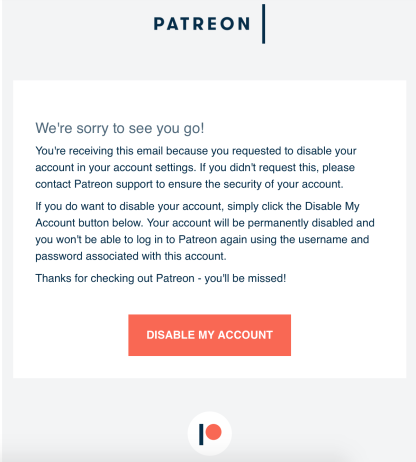 As of this morning I’ve deleted my Patreon account and as conflicted as I feel about saying this, I think many more should do the same.

It’s going to hurt for a little while, it’s going to hurt other creators we care about. But it’s only by enormous collective action that we can expect to see any kind of change at this point.

If enough people leave this platform there’s a chance they’ll be incentivized to reverse their current path towards authoritarian censorship.

This isn’t something we should do quietly either, we should vocally announce we’re leaving and state very clearly why. We have to hold Patreon and their cohorts accountable for their actions. This isn’t something I want to be talking about during the holidays but I have to take a stand somewhere and I think deciding what I do in my private life is a pretty good place to draw the line.

Our little creek done grown’d up! #waitingforaflood
The family that sun hat’s together stays together... 🤗
Mountain Dogs get tuckered at a whole other level.
Best. Neighborhood. Park. EVER. #mountainlife